Hopefully we all have someone in our lives that supports and loves us unconditionally. In my case, it’s my long time best friend, husband and bassist, Wade Craver.  We first met when we were 12 years old and the first thing that I noticed about him was the fact that he went completely out of his way to ride his bike just so that he could see me at my bus stop every morning and say ‘hi’ as he rode his bike to school. At first, I thought that he lived right down the road but later, I discovered that he took an alternate route which added an extra 3 miles to his bike ride to school!  Honestly, if you want to impress a girl, do that for an entire school year!

Epic, Old Photo of Us: 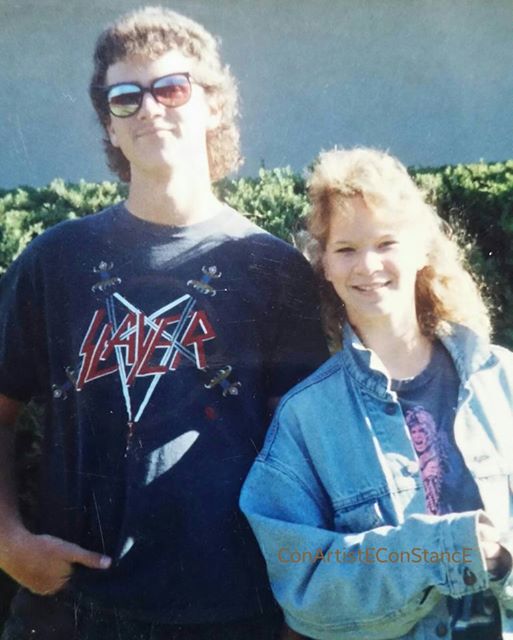 As most of you may or may not know, we have been happily married for 22 years now. I wrote this poem for him in my first book, ‘Coyote’s Digest’ and years later, I have adapted it to a Spoken Word performance. The bass in this track was  previous recording of him and then, I later added my voice track over it. It’s a nice combination of our talents and I’m happy to share it with you all! Thanks for checking this out. . .